We regularly update this section with information on architectural and building related news within Ireland and the United Kingdom. Please feel free to browse below and contact us on +353(0)749743012 if you have any queries or requests for our next news article.

St. Patrick's Centre was declared officially open by former town mayor Tom Conaghan at a memorable ceremony on 26th June. With over 300 people in attendance it was delightful to see the main hall at capacity for the first time. Entertainment  on the night was provided by the pupils of Scoil Aodh Rua agus Nuala, Donegal Choir and Donegal Town Marching Band. 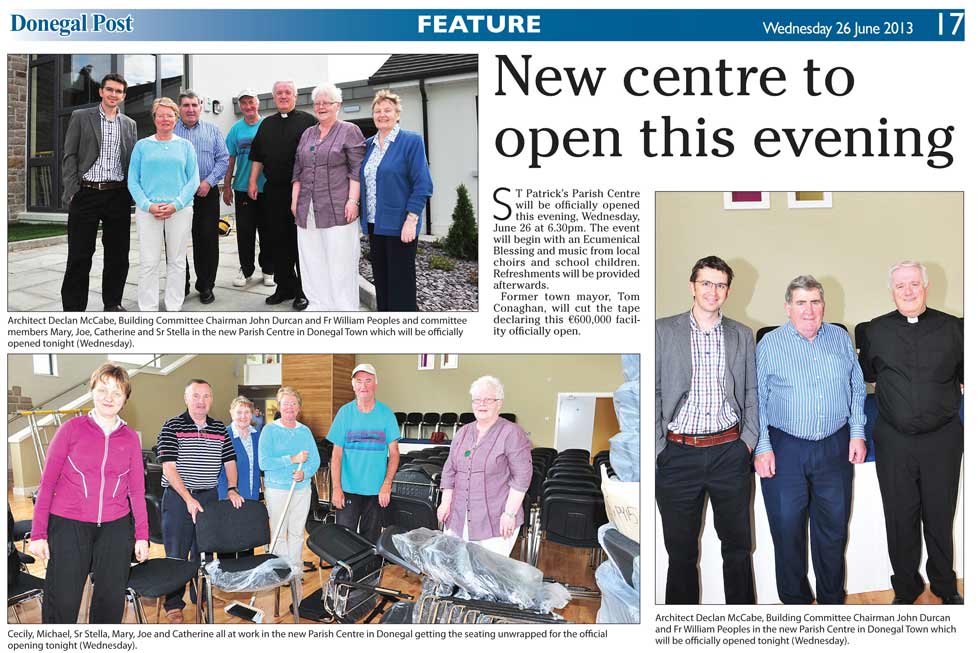 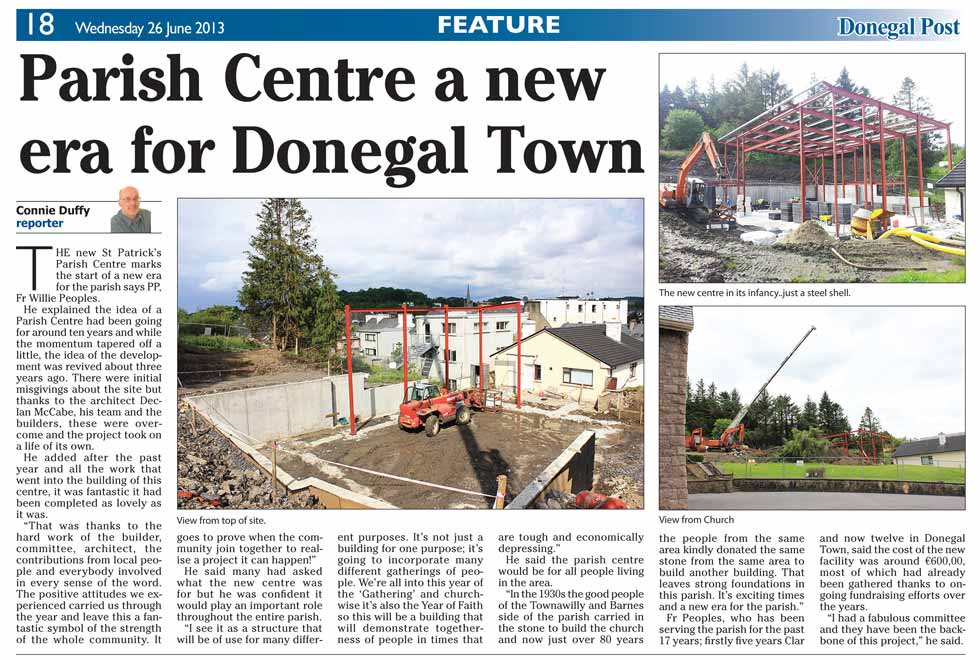